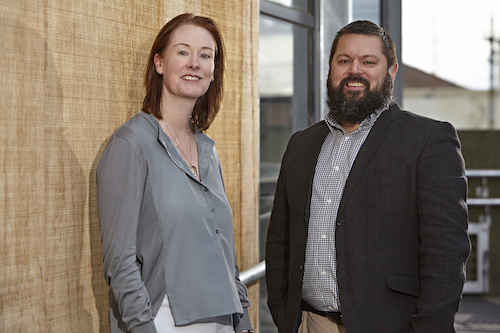 This artice was first published in the Sydney Morning Herald.

Turning up in the wrong clothes with no food for the class party: for schoolchildren, this is the stuff of bad dreams. But Julie Bray saw her chance.

As the Melbourne mother juggled running a small business with being a school mum, the request to "bring a plate" caught her out more than once.

"That was the one in particular I was never very good at, because it requires a little bit of notice. My daughter would be upset because she didn't have anything to bring."

Most of us might dash to the shops for some chips and fizzy drinks, but Ms Bray took a longer view. She was looking for a start-up idea for the small web consultancy she'd set up with Brad Kazazes, a former colleague from Deloitte Digital. In the unseen school newsletter scrunched up in the bottom of her seven-year-old daughter's school bag, she found it. Her parenting fail was a business opportunity.

"I went in to the principal and said, 'We have this solution, what do you think?' She was overjoyed and just about signed up on the spot."

That was four years ago. The solution, a secure broadcast platform that sends out notifications through a smartphone app, becameKonnective, a high growth business with its sights on the global market.

The successful trial of a prototype at St Kilda Primary School led to a grant from the Victorian government and a rollout to 50 schools.

Then the partners realised it worked not just for schools but for companies seeking to communicate with geographically scattered front-line workers who might or might not have computer access or a corporate email address.

The business now has household name clients in the entertainment, automotive and mining industries, including BHP Billiton.

It's being used for health and safety updates, event invitations and RSVPs and to fill shifts, such as in the health and aged-care industries. When last-minute gaps emerge in a roster, "it provides a really simple way for [employees] to click on a couple of buttons and pick up additional shifts", Ms Bray said.

"We're constantly finding new uses for it," Ms Bray told the judges when pitching against other Australian female tech entrepreneurs for the chance to attend Israel's biggest international hi-tech conference, in Tel Aviv in September.

The finalists included an open-sourced intelligence platform with data mining capacity, an education platform to help women fast-track their careers, and an app that turns people's smartphones into microphones at conferences. Konnective won.

They wanted to know what distinguished Konnective from existing social media platforms adapted for work such as Slack or Facebook, or a What'sApp or WeChat group.

Ms Bray answered that Konnective's annual subscription model for companies is cost effective compared with messaging via SMS, that it does not have limitations on group size, and it avoids the "noise" of social media networks or email lists where "everybody hits reply all".

Mr McCauley said: "Julie's confident, grounded approach has clearly helped her get traction with very large customers. Her solution is elegant, her market is big, and she's got good instincts. That's a great formula."

The business doubled its revenues last year and is on track to do so again this year. International expansion is the next step.

Ms Bray said it was time to start looking for partnerships, integrations and the amplification effect that comes from using sales channels instead of sales to individual customers.

The Tel Aviv conference - at which hundreds of start-ups will mingle with venture capitalists, angel investors and multinationals - "opens up a lot of opportunity to talk to investors", she said.

And while she's promoting her business in one of the world's hottest innovation hubs, her children won't miss a thing at school. 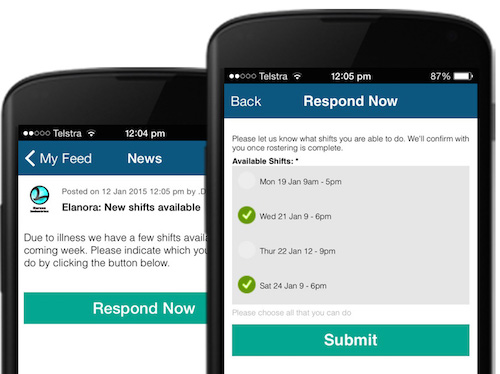